(Thank you R. O for letting me do this. May you always have parables to tell.)

I have never deceived myself. I think that that is the worst sort of deception, when you lie to yourself.

My name is Prophet (Dr.) Abi’ Samuel. I shepherd a flock of about three hundred and fifty souls in the capital city of Abuja.My ministry is called, “See His Glory International Ministry”.

I am not your regular pastor. I was not ‘called’ into the ministry, I chose the ‘call’.

Simple… It was either this or the Nigerian police. Jobs were scarce back then. I was raised by liberal catholics. I was always religious.

My decision was ordained. (trying to keep things Biblical hehehe…)

As with any entrepreneurial venture, I encountered teething problems. I was in dire need of parishioners. Unfortunately for me, they were all in other people’s churches.

I was stranded around the same time in a popular north-central state. I was passing through the state on a journey. Car problems arose and the driver practically bailed on us.

One of my fellow passengers was a middle-aged gentleman who was from that state. He was helpful but hard up. By the time he got me to a motel, it was midnight and I knew that he had nowhere to go.

Contrary to my nature, I shared my room with a total stranger. In a strange land.

He was appreciative in the morning. He told me that he was a priest. His lineage were those chosen by a river goddess to serve. They were the oracles, diviners, servants and custodians of that marine deity.

I told him that I was a struggling pastor. I was honest. It was only a business for me. But at least I would not be a menace to society.

I was actually going to preach and encourage holiness, but get rich in the process.

He nodded objectively and suggested that I visit his shrine. He said that the only way he could thank me was to help me see ‘his mother’.

There was something deep about that man. And so I went with him.

He got us to a secluded bank by a river. He had me follow him across waist-deep water into a sandy enclosure. It was like a tiny island hidden from view.

I noticed artifacts and effigies that depicted the image of the river goddess.

The place was clustered with sacrifices of fresh food and fruit.

He changed into a white wrapper and donned his regalia.

He had me wrap one of those white cotton wrappers about my loins and then he showed me a chest-high lake of brackish water.

His mother was waiting for me he said. 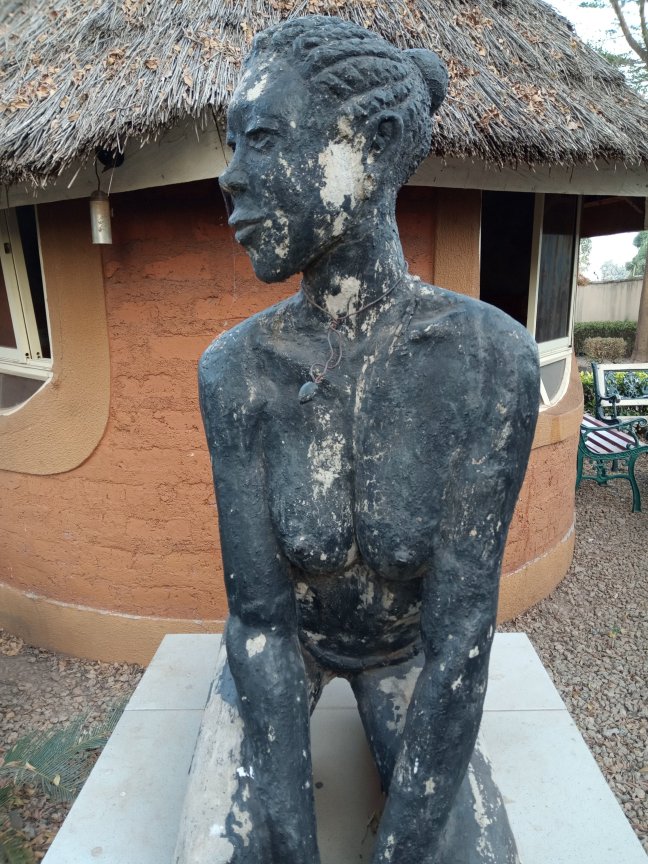 As of that point in my life, I had nothing. Fortune they say, favors the brave. And so I stepped into the rather ominous-looking pool.

I saw and heard things. The deity is real. She told me when I was going to die. She told me my entire life story. She was not wrong about anything she said to me.

All I had to do was to have sex with her regularly. She said that she was not jealous, but I could never tell another woman that I loved her. She said that would visit me at least once a week. Wherever I was in the world.

I was tired of poverty. Besides I had heard that most men of God got power from the devil. They were rumored to use juju to perform miracles.

I made love to the goddess.

Over time I learned more about my goddess. For one thing, no woman was allowed to spend the night in any bed I was in. Even my wife. We had separate bedrooms.

Those unfortunate to have been caught in bed with me were tormented with nightmares, bloody scratch marks and sometimes suffered a supernatural beat down.

My church grew. Top government ministers started attending my services. Within a few years, I had branches all over the world.

God’s work spread through my ministry. I am on television and radio everyday. I am revered and respected. Life is good and the ministry is doing well.

Part of what the water goddess wanted was for me have sex with as many women as I could. She helped me understand that that was the best way to keep my powers. The more sex I had, the easier it was to perform the miraculous.

I heal many people. Hundreds in fact. I have raised the dead. Opened blind eyes. I really do these things. People ‘sow’ millions of Naira in appreciation for the miracles I perform.

Part of what the river goddess told me is that I would not only die old, but severely diseased and blind. This is not how I want to die.So I agreed to transition at the age of forty one years old.

I would die suddenly at the height of my ministry. I was set to go out when the ovation was loudest.

The only way to ensure that I died at that age was to pass the disease and blindness to other people by way of oral sex.

Though I lost a few years, but those are years of sickness and suffering. These women would either die early and their destinies used to propel mine upward and forward.

They usually died soon after or passed the scourge on in fractions to other sex partners. Extending their lives by a few months or years.

I like it when they give me oral sex.