At least the Indian guy had decorum. Raju or whatever my husband calls him.

The other one, Goody, or whatever her name is was just plain getting on my nerves!

They were both seated behind in my car. We were behind the Toyota Hiace bus #backpackersabuja had chartered to convey the rowdy bunch to some waterfall in Osun state, Nigeria.

Olumirin? Ile – Ijesa? Not sure what my husband called it.

He was handling my situation calmly. He had told me about this trip a month ago. I had intentionally waited until last night to insist that I would come. He had taken my ploy in stride. Only catch was that we were now driving behind the main team in my car. My husband insisted that we use my car!

Lol… Kidding. But a girl has to be careful. All these trips our men make out of town… ‘Stay woke’ my lovelies.

It is not that I do not trust him (hehehehehe) I am just marking my territory.

The trip was arduous! These people were insane! My husband inclusive. It ended up being an eleven hour road trip!

My lovelies, I suffered!

We headed to the waterfall the next day. They were all hyped and amped. I gathered that the falls were about seven stories high and that there were seven waterfall views… Or something like that…

The waterfall itself was nice I suppose. If you are in to that sort of thing. It was raining quite badly when we got there. 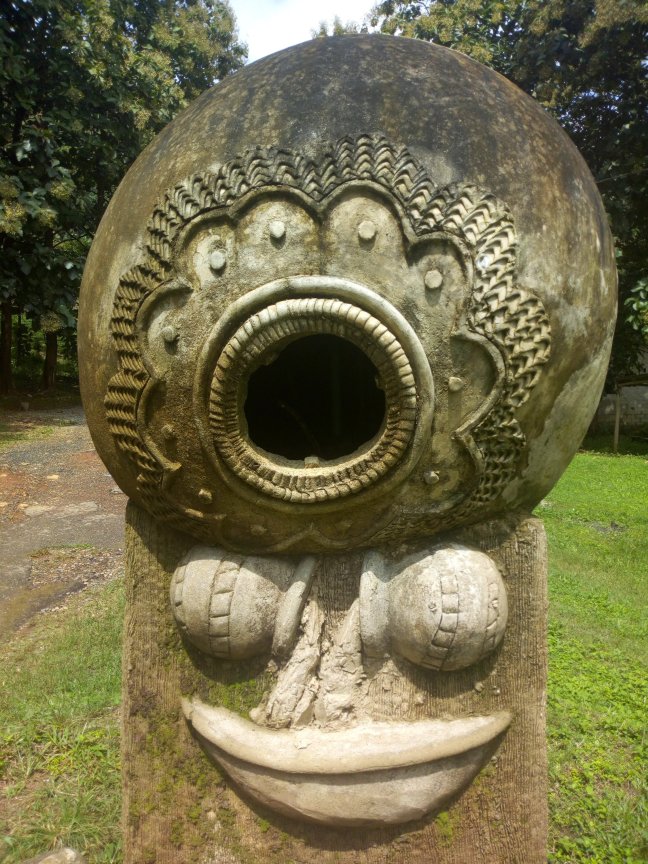 Then these wildlings decided to climb up to the plateau of the hill and spend the night in tents at a village or hamlet up on the hill.

Father Lord, I mean no offense… But a lot of your children are ‘not well’. Yes Lord, I am referring especially to these Backpacker-people.

Why any rational individual would leave luxury and comfort and venture into the unknown to suffer is beyond me.

That was their problem though. There was no way I was climbing any thing today. Except my husband’s tumescence… Hehehehehe… If you know, you know.

And if I was not camping uphill, neither was my behemoth. (Yes he is my large animal).

So I whipped up a sly attitude and voila! My behemoth grumpily informed his fellow lunatics that I was feeling poorly and that we would have to return to camp.

They hated me. I could tell by their concerted effort at nonchalance. But I did not care, this was going to go my way.

My behemoth decided to hire a tour guide. The guide would take them up the hill and bring him back while the other hippies would remain at the summit overnight. I was deserted for about two hours; wet, cold and miserable.

Long story short, we were eventually reunited about two hours later and taken to ‘the best’ hotel in the area. It was not a bad place. I was was impressed. It is hard to impress me.

My behemoth impressed me too. Between passive aggressiveness, thinly veiled anger at my antics and whatever he had been drinking… My lord and king here on earth unleashed such pleasure on me that I blacked out from coital bliss, pain and fatigue.

I awoke to loud banging on the door of our hotel room.

I think I wet myself instantly. Judging from the time and the audacity of the ruckus outside I knew that they were thieves.

Have you ever been mugged? Robbed at gunpoint? Abused in any way whilst being robbed? Has it ever happened to you in a third world country?

Imagine all that… And then place yourself in my predicament, a full – bodied woman naked in bed with her husband? I did not need a psychic to tell me that my fate was about to be changed negatively that night.

With tears in my eyes and urine trickling down my thighs I acknowledged that I had brought this problem upon myself. Me and my insecurities! It would be a miracle if I escaped rape and /or death.

My behemoth was calm. He is always calm actually. He was already dressed in a blood red pair of basketball shorts. He was firmly tucking my limbs into my wet cut-off jeans shorts and hoodie.

Just then the door, it’s lintel and fittings came crashing to the floor with a loud bang. And the thieves were inside the small hotel room.

One of them was pointing a pistol at us. I remember screaming from behind my husband when another thief shot his gun into the Plaster of Paris ceiling of the room. Another was brandishing a very shiny cutlass.

“Get on your knees!”

The intimidation and yelling came in a deluge. Even though my lord and king here on earth was shielding me with his body, I knew that we were in big trouble.

I felt faith drain from my heart when my husband sank heavily to his knees and started sobbing like a baby.

I felt my jaw drop down to my ample bust. Just then one of the robbers found the light switch and there he was… My behemoth… On his knees, crying.

On his knees crying?!

You do not understand… This dude is ‘six five’ two hundred and fifty pounds of pure muscle. He has bullet scars and knife wounds. We have been married for ten years and he does not talk about his past. He never has. His reputation around town is rock solid. Nobody talks about him openly and it is not because they love him. There is something dark and mysterious about my husband.

His subservience and bawling shocked all four thieves into eerie silence.

The room was not a large one. The big bed took up most of the space. It was a tight fit for all six of us. I should say seven though. My husband’s shoulder is easily as wide as two peoples’.

I was not only distressed but increasingly worried about my husband’s meltdown. The scoundrels emboldened by his submissiveness had now started pistol whipping and slapping his lovely head with open palms.

Emasculating him. Taunting him.

“This your woman go sweet to fuck o!”

My world stood still. My life started to flash before my eyes.

I felt fresh urine exit my bladder without recourse to my will.

All four men were openly ogling me at this point. Two were on either side of my useless husband whilst the other two were shoulder – to – shoulder in front of him.

Till this day, I can not recall the faces of these men. Terror had me looking without sight.

All their eyes were on me, undressing me… I remember how my skin crawled at the thought of what was going to happen to me. I remember starting to shiver uncontrollably. I remember hearing my teeth chatter on their own volition.

“Take off your clothes!”

“Remove all ya dress! Prostitute!!”

I joined my husband and began mindlessly wailing.

The hoodlums roared in maniacal laughter.

I was too terrified to notice anything.

The four thieves may have been high, drunk, high and drunk or just distracted…

My lord and king here on earth suddenly moved like a blur… I heard ‘whooshes’ that all ended with loud thuds.

I kept blinking trying to clear my eyes until one of the robbers fell upon me. I remember screaming and clawing at his face. His weight pushed me back to the wall behind but then he keeled off me oddly and fell to the floor.

I glanced around in confusion and saw another one of them drop lifelessly to his left on the bed. A crimson stain immediately began spreading wider and wider on the white sheets.

I looked up to see the third man clutch his heart. Blood was seeping through his fingers. He was staring blankly at me. He crumpled in a heap and did not move again.

My protector. My warrior. My lover and my husband.

My lord and king here on this earth was somehow behind the fourth man and with a blur of his hand, a geyser of blood erupted from the man’s suddenly slit throat. He went down seemingly trying to claw his sliced open throat back together. His throat was emitting a rattling and gurgly rasp as he bled out in a seizure on the floor.

My lord and king here on this earth was actually the last man standing… He was covered in blood and he had a bloody stilleto in his right hand. He never travels without that weapon. I know it.

He beautifully sculpted body was heaving heavily. His jaw was tense. He was glancing wildly about in a crouch. He looked so Neanderthal…so dangerous… Beautiful danger.

The whole room now reeked of raw eggs and something slightly metallic. My lord and king here on this earth later explained that it was the smell of blood.

No my lovelies. I did not, neither will I ever ask my wild animal how he knows the smell of blood… Are you out of your mind?! This wildling just killed four armed robbers in the blink of my eye!!

Please. Ask. Him. Yourself.

Then my behemoth painstakingly went through the pockets of all the dead and dying men and robbed them. He took all the money he found on them and in the getaway car outside.

He must have gathered a little over a million Naira.

No my lovelies. I did not, neither will I ever ask my wild animal why he fleeced dead and dying criminals of their hard-earned bounties… Are you out of your mind?! This wildling just killed four armed robbers in the blink of my eye!!

Please. Ask. Him. Yourself.

3 thoughts on “The Ruckus At Erin-Ijesha”