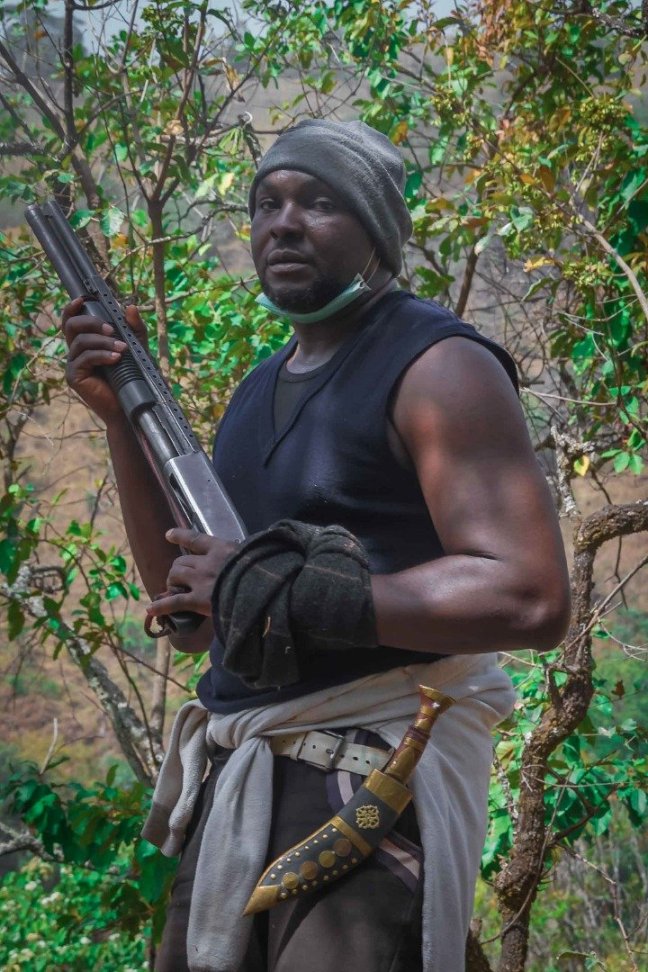 It was supposed to be nice and easy. Time spent with family and friends. That is until she called me from the fire.

My muse I mean. Not the young, hot one though. It was old, old mother. I was stir-frying venison and vegetables on the 21st of December 2017 when the bright blue flames of the gas burner cackled and grew. She was within. Within hours I was mysteriously the wildcard selected to accompany the urban myths, adventurers extraordinaire and totally bonkers Backpackers Nigeria® to climb Chappal Wadi. The highest point in West Africa and Nigeria. And aka, The Mountain of Death.

We took off on the 23rd of December, 2017. I refuse to bore you with details of that journey. It was gruelling and fun though.

Fast-forward to the 26th of December, 2017. We were finally at Ngoruje, a transit camp run by the Nigerian Gashaka Gumti National Park. We arrived at about six pm after about seven hours traveling on bad roads. We set up our tents and soon had a fire going. We were surrounded by the reserved trees of the national park. It was chilly and windy. It was dark. The only light came from the campfire.

Yet I could sense that she was waiting for me. And so I walked towards the edge of the forest. It was dark and cold there, but quiet. I sat gingerly on the exposed roots of a tree and almost immediately I perceived her. She always smelled of cinnamon and wood smoke. Old old mother is very very old. She told me a lot of things about the Backpackers Nigeria® and bid me to put my life on the line for them. She is not one known to be garrulous or to linger. I left the edge of the forest with a heavy heart.

It is called the Mountain of Death for various reasons. The park rangers told me that it was because many tourists had died there.

The majority of the good people of Taraba state were largely unaware of the existence of the Mountain of Death. Did not know, did not care.

The motorcycle riders that risked their lives and ours for about four hours ferrying us on dangerously undulating rocky foot-wide trails up and down mountain sides from Ngoruje to Njawai told me that it was because many families had died there simultaneously – mysteriously many years ago. No evident reason.

The head of the hamlet at the base of the mountain, in Njawai told me a lot of things. He especially asked me to convince the Backpackers Nigeria® not to climb. When I asked why, he said that I had ‘the mark of pure light’, and that I knew why. The conversation was in Fulfulde (pronounced Fool-fool-day), the main tongue of the Fulanis. One of the motorcycle riders was ineffectively translating to and fro because I was speaking in the Hausa language.

At the end, the head of the hamlet reluctantly gave us his permission to go up the mountain… But not his blessings. We were ten Backpackers, two park rangers, two journalists and three local guides.

The altitude sickness was gradual and severe. We were in poor shape within the hour. The climb was up a gradual slope. We sighted antelopes, birds and startled God-knows-what further into the bushes.

There were a couple of things that had been bothering me.

Firstly, we were definitely in Cameroon and not Nigeria-Mambilla as was advertised. Secondly, we had not secured migration passes from the Cameroon’s immigration authority, I was not sure, but I felt like we were being watched. Stalked even. Thirdly, and most importantly I was gradually getting covered in goosebumps… It’s my gift. An early warning signal of sorts.

I was one of the only three that was armed with a firearm. I was the only civilian armed. I had fallen behind because I had to relieve myself. I was on my way back when I heard muffled moans and hushed tones ahead. When I caught up, my team were all standing still like statues. All of them.

I could hear the sound of flapping. Like really large wings flapping. But I could see nothing. The pungent smell of sulphur confirmed the presence of what I could not see. The gusts of wind from the flapping was raising up dust, leaves and grass. Items of clothing worn by people standing stock-still billowing eerily.

I heard the flaps move slightly away to the first local tour guide. Before my eyes, and in a few seconds, the man gradually emaciated like he was being sucked dry. Like an adult dragging on caprisonne quickly. Kukah crumpled (obviously) lifeless to the ground. Bardeh, the second local tour guide suffered the same fate. Then I perceived it move towards Sarai.

I felt it stop, deliberate and veer towards me in a slow whoosh. I remember wishing that I had called out ‘stop in Jesus name’ instead of just ‘stop’.

However, about a meter away from me, I heard the sound of singeing and I smelled burning feathers… I think.

I swear I heard whimpering and another rush toward me and then singeing again, burning feathers… and then all went quiet.

It spoke in an ancient tongue. In guttural and curt syllables. I deduced that I was being asked questions. And so I introduced everyone by name and explained in English why we were here… And then all went quiet.

“Please. Leave. Now… ” it grated in its harsh guttural voice. And yes, in English.

Instantly the air cleared. The bodies on the floor vanished and the trance was broken. The Backpackers® emerged all seemingly clueless as to current direction, location, urgency and time.

“Let’s hurry back down!” I shouted.

“Hey Big D, what about Bardeh and the other one?! Raj enquired.

“They went back faster.” I quietly replied turning away so he could not see my face.

“We need to pick up the pace! This place is dangerous, especially at night!!” I called out and began to lead the long way down.

May Bardeh and Kukah rest in peace.